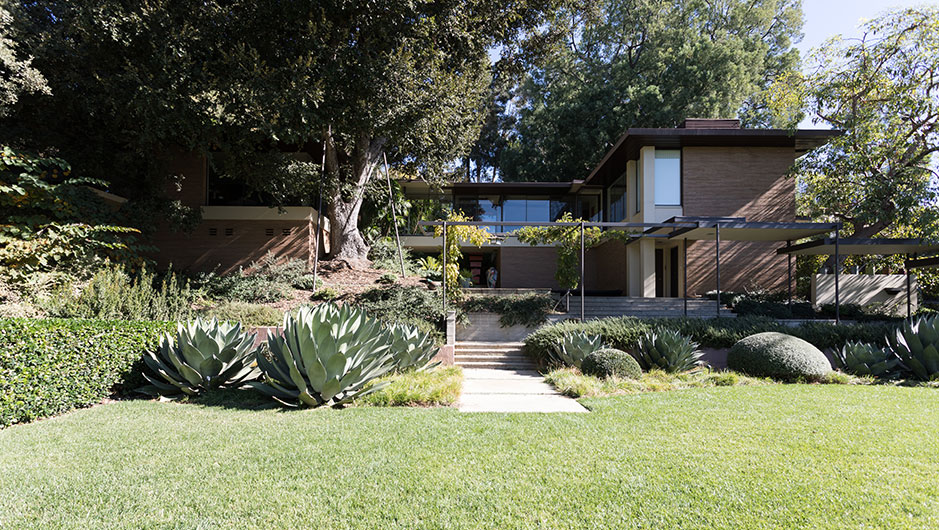 The 1948 Mid-century Modern W. Parker Lyon, Jr. House was designed by master architect Thornton Ladd (1924-2010), who pioneered “Pasadena” or “USC style” Modernism. Ladd considered the essence of mid-century architecture to be at the residential level, and noted that because of its climate, freedom from convention, and willingness to experiment, California was an effective laboratory for architectural development. The house exhibits this experimentation through its complex massing of two wings connected by a glass-walled bridge and very low-pitched hipped roof with wide redwood soffits and fascias. Ladd also designed a tiered, dendriform sculpture of wood and steel; clad the exterior walls in Roman brick and smooth cement plaster accents; and seamlessly integrated the house with the surrounding sloping wooded landscape. Thornton Ladd’s contribution to early Modernist residential architecture in Southern California through projects like the W. Parker Lyon House ultimately illustrates the depth and adaptability of the movement, as well as the impact that graduates of the University of Southern California’s School of Architecture had on the architectural landscape of the region and beyond.

Historic Resources Group successfully nominated the W. Parker Lyon House for listing in the National Register of Historic Places, and for local designation as a City of Pasadena Landmark. 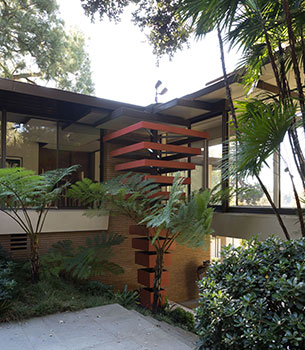 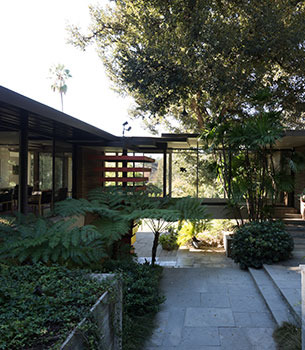 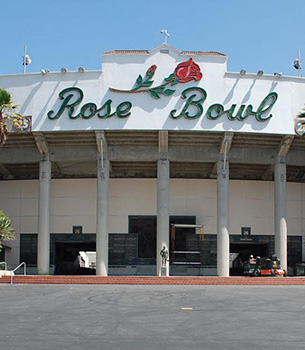