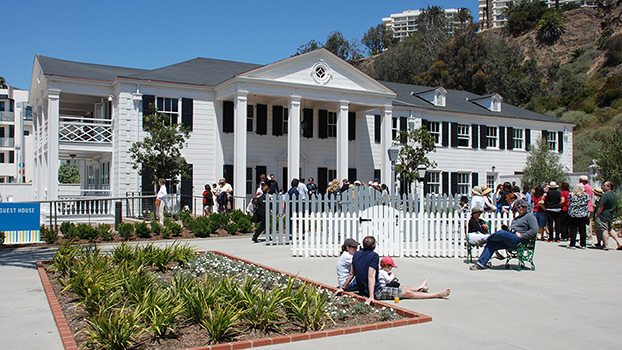 Principals from HRG have been busy speaking at conferences, workshops, and training sessions. Peyton Hall, FAIA, gave a presentation in April at the 39th California Preservation Conference titled “California Historical Building Code: From Purpose to Practice”, which featured recent changes to the California Historical Building Code (CHBC) and analyzed how alternatives allowed under the CHBC have been successfully applied. In June, at the AIA National Convention, Peyton will speak on the role of architects in federal historic tax projects. The AIA’s Historic Resources Committee is sponsoring and organizing a proposal initiated by the National Park Service to strengthen the public/private relationship by educating architects about practice opportunities in this field.

Christine Lazzaretto, attended the Docomomo US National Symposium in March, and presented the Forum rehabilitation project at a panel discussion called “Advocacy and Scale: The Challenges of Sporting Stadiums.” She discussed the Forum as a preservation success story in the challenging realm of adaptive reuse of historic sports venues.

Christy McAvoy gave a talk in March at a California Preservation Foundation Workshop on the California Environmental Quality Act (CEQA) in Los Angeles. In April, she conducted a training session for docents at the Annenberg Community Beach House in Santa Monica. Topics at this training session included the history of the site, which was formerly the Marion Davies Estate and, later, the Sand and Sea Club; the relationship between clients Phoebe Hearst and William Randolph Hearst and the architect Julia Morgan; and an overview of Morgan’s life and work.

2014 marks the 25th anniversary of Historic Resources Group’s founding. Since then, HRG has been privileged to provide architectural history, historic architecture, and preservation planning services throughout California and the United States. We are humbled by the array of clients and projects we have worked on over the last quarter century and grateful for the intelligence, creativity, and professionalism of our clients and collaborators both past and present.

Looking forward, we are energized by the challenging work that continues and remain committed to providing the best in preservation services for many years to come. 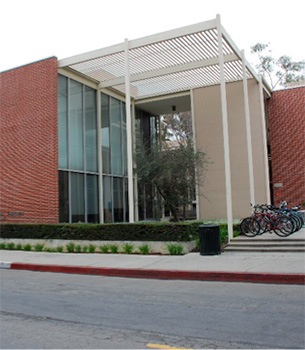 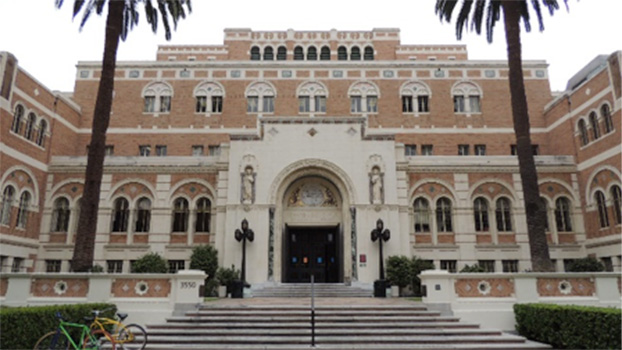 In December 2013, HRG successfully nominated twelve buildings on the USC campus as City of Los Angeles Historic-Cultural Monuments. The designated buildings span each major period in the campus’ development and represent work by some of Southern California’s most prominent architects. Highlights include several buildings by master architect John Parkinson, who developed the first master plan for the campus in 1919 and designed numerous buildings for USC in the 1920s. USC’s outstanding collection of post-World War II architecture is represented by works by William Pereira; Edward Durrell Stone; Killingsworth, Brady & Associates; and A. Quincy Jones. Following these local designations, HRG is working on the nomination of a campus-wide historic district for listing in the California Register.

Located in Inglewood, CA, the Forum opened with great fanfare in 1967 as the home to Los Angeles’ newest sports franchises: the Lakers and the Kings. Designed by Charles Luckman in the New Formalist architectural style, the Forum immediately became a Southern California landmark and was inextricably linked to the City of Inglewood, which is known as the “City of Champions.” In 1999, both teams relocated to the Staples Center in downtown Los Angeles, and the Forum was sold to a local church. In 2012, the property was purchased by Madison Square Garden, ending a period of uncertainty about its future. The preservation of sports arenas presents specific challenges — they are large, purpose-built facilities with limited opportunities for adaptive reuse, a limited number of potential tenants, and features that can quickly become outdated in terms of technology and visitor expectations. As a result, venues like the Forum are increasingly rare resources, and many have been demolished or significantly altered. The Forum rehabilitation project is a success story that illustrates how sports arenas can be sensitively updated to accommodate the latest technological advancements, code requirements, and visitor expectations, while maintaining a sense of history. HRG served as the preservation consultant for the project, which complied with the Secretary of the Interior’s Standards for Rehabilitation and utilized the federal rehabilitation tax credits.

Side: The Forum, Charles Luckman & Associates, 1967. Courtesy of Stephen Schafer. 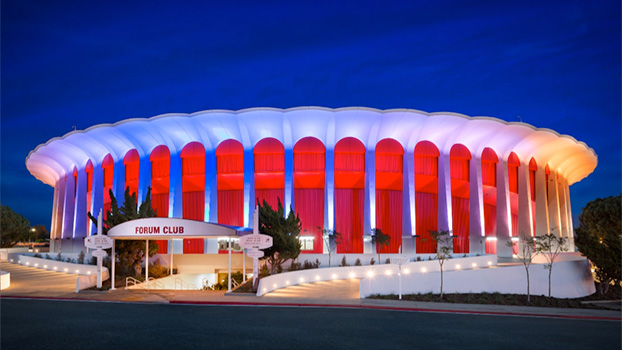 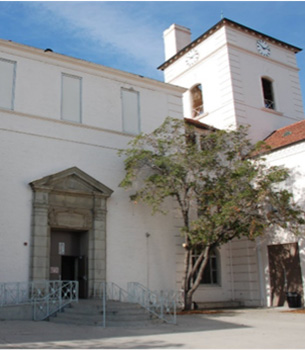 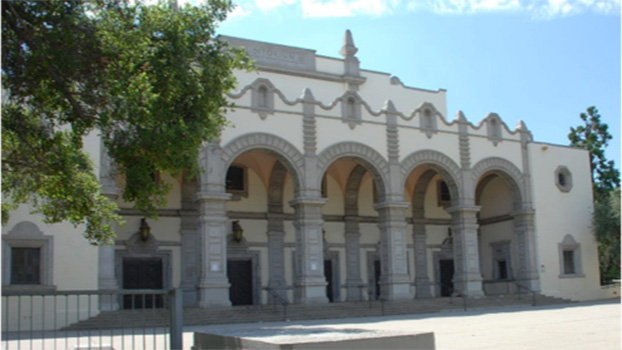 HRG goes back to school.

HRG completed a historic assessment of Chaffey High School in Ontario, CA last summer to determine the historic significance of the buildings and spaces on the campus. Chaffey’s campus, regarded by many as one of the finest in Southern California, contains many buildings constructed in the 1930s using relief funding sources after the 1933 Long Beach Earthquake. Two of the distinctive buildings on campus, the Memorial Library and the Gardiner W. Spring Auditorium, were designed by noted education architects Allison & Allison in the Mission Revival and Spanish Baroque styles, respectively.

In response to the need for a new master plan for Beverly Hills High School, HRG is preparing a historic assessment of the campus whose main French Eclectic style buildings were designed by Robert D. Farquhar and constructed in 1927. A notable combination gymnasium and indoor swimming pool building designed by Stiles O. Clements was added in 1940. HRG has surveyed the campus, documented its character-defining features, and is reviewing its eligibility as a historic resource at the National, State, and local levels.